As a matter of noting impactful history as it’s occurring, a report presented at the March 9/10 Metis National Council’s (MNC), “Métis Identity, Citizenship & Homeland” conference in Saskatchewan, shocked many in attendance. It uncovered a troubling history that has led to serious issues for the Metis, now currently embroiled in what amounts to a ‘hostile takeover’ of their nation.

I shouldn’t have been surprised, let alone shocked about what we learned, because I am already well-aware of the immense issue for the Metis Nation in having to defend its identity and rights again. I’m well-versed in the history of the thousands of Canadians who more recently claim to be Metis, although many are seriously mistaken at best and others are purely fraudulent at worst.

The report presented wasn’t about those thousands of claims outside of the historical Metis communities, i.e.) those from regions in, and east of, Quebec. It concentrated on the claims of the legitimate Metis Nation’s own affiliate, the Metis Nation Ontario (MNO), one of five MNC affiliates.

Many already knew the MNO was fraught with membership filled with illegitimate claims of Metis ancestry and in 2019 they admitted to an overwhelming number; perhaps 90% of their membership, they said.

That’s an astounding statement and regardless of the accuracy of that estimation, what percentage would they consider acceptable? That wasn’t the only issue at hand. The affiliate was also called into question after working unilaterally with the Province of Ontario government to grant ‘historical Metis settlement’ status to 6 regions in Ontario outside of the Metis Nation historical homeland boundaries. The MNC, its other affiliate presidents and the Metis citizens were not included in that process.

Essentially then, the MNO is therefore mainly comprised of Ontarians of various ancestry who self-declared they were Metis and were accepted and seemingly legitimized by the MNO. If there are enough of these individuals in a particular region, this is taken as proof of the existence of a historical Métis “community”.

In November of 2018, the MNC and the other affiliates, with the exception of Alberta – which apparently has serious leadership [and membership] issues according to statements made at the March 10 meeting – voted to put the MNO on probation for one year to allow time to sort and re-register their members to fit the criteria of Metis Nation identity. Incidentally, that criteria aren’t different from any other world nation, which include immediate relation to the ancestry of the known Metis Nation families. The criteria was unanimously ratified by the Metis Nation in 2002. The MNO participated in that ratification.

Back to 20 years later, and the one-year MNO probation term is over. The MNC, for which leadership is voted for & provided by its affiliate presidents, requested to review the new registers. The MNO responded with an incredulous refusal, stating they had their own ‘independent oversight’ and that the MNC were unwelcome ‘outsiders’.

They’d essentially announced they were a nation unto themselves and they went to Canada directly to try to create that into fact. They called it a ‘self-governance agreement’, which the government called ‘a step toward self-governance agreement’. What that will turn out to be is another story, but a main point is a clause in the agreement that states the MNO will get to decide for itself who is “Metis”.

An easy out compared to having to tell thousands of Ontarians they’re not Metis, some of whom hold influential positions in general society. There are also millions of dollars at stake in annual funding to oversee programs meant for the Indigenous, and specifically for, the Metis. If the MNO were to fail at attaining a new, unrelated pan-Indigenous nation recognized by Canada, that would make some of those members, not Metis, but non-status First Nations. Likely a good number would simply be recognized as non-Indigenous Canadians.

That’s the background to the March 9/10 MNC meeting. Here’s part of what’s stunning. The background historical research used by the MNO and the Ontario Government to justify inclusion of Ontario-based regions/people sometimes reads like a middle school copy & pasted book report. The conflations of ancestral claims are so flimsy in places, that at one point they barely bothered to provide evidence before bestowing the Metis flag to one region.

As is commonly practised by ‘self-identifiers’ in the further east, the Metis titles given by the MNO were based on claims of ancestry in nations unrelated to the Metis; on ancestors who were Europeans re-made into Indigenous; on ancestors that were and still are known as First Nations, whose descendants still live on the same reserves; by claiming First Nations villages were Metis; or as one person at the meeting stated, if a picture of their grandparents ‘looked Native’ to the registrar, they would be accepted. These people now outnumber the legitimate Metis in Ontario.

Excluding the MNO, the fight today is from within, from those who would allow anyone of any Indigenous ancestry to claim to be Metis vs. those who denounce the pan-Indigenous idea over their own unique, rich and richly established history, which included the herculean win in 1982 to achieve the recognition and rights to Section 35 of the Constitution for that nation.

To my mind, it should be abundantly clear. I am a Metis Citizen. Like those in the other affiliates, I proved my ancestry according to the legitimate standards. I know my ancestors stand with us.

The MNC invite citizens and the public to read the report provided by Dr. Darryl Leroux, doctorate in Sociology and Anthropology, Assoc. Prof., Department of Social Justice and Community Studies at Saint Mary’s University and Prof. Darren O’Toole, Metis, Faculty of Law, University of Ottawa 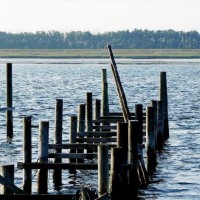