There were a lot of opinions flying after the recent release of the TRC summary of the Truth and Reconciliation report, but sadly, it was hard to discern which one was the majority – acknowledgement or denial.

This report was several years in the making and outlines the history and consequences of the genocide effort Canada inflicted upon its Indigenous peoples from 1876 until presently.

The opinions that followed seemed to hold mostly two views – one that included a good deal of understanding, and support for the recommendations for Canada to acknowledge and manage the issues related to the Indigenous communities.

The other was this example, written by a Sudbury, Ont resident. I felt it encapsulated some very common views about Canada’s Indigenous history. He began his piece by asserting that, yes, Canada did bad things:

… “However, the inflammatory statements made are just a little over the top. ‘Cultural genocide’ sounds much worst (sic) than what really happened”.

He goes on to assert that the First Nations people chose to live on reserves and the …“ills that come with that”.  Continuing on, he states what many of us hear daily:

…“a lot of negative assertions and accusations thrown at the government of the day, as well as the churches involved”.  After all  …“Let’s give credit to our leaders of a hundred years ago for realizing native people were living in a perpetually unsustainable cycle of poverty and violence, and at least tried to do something about it”.

Then he concluded his thoughts with this statement:

“Many other cultures have been assimilated without being so accused. These cultures have melded into our own, yet retained some identifying remnants that we share, enriching the culture of Canada. We are all better for it”

I’m at a loss to understand why a newspaper would publish such an opinion when the full summary outlining the facts of history and the point(s) of the TRC is readily available to the public, and certainly for this paper’s editors.  Unless, this was a lesson to show how much ignorance must still be countered within the country.

I won’t bother going over every detail of his inaccuracies because frankly, it was entirely inaccurate and again, the facts in point are readily available from simple internet searches, university resources, libraries and even the actual government department that oversees the affairs of the Indigenous.

What I prefer to highlight is this ongoing effort to continue to publicly obscure historical fact, which is really current, as the Indian Act of 1876 is in fact, still in effect.

The idea that assimilation is an effort that must still be completed underscores the need to realize that not all cultures adopt the European model of success adapted to the North American version, and indeed, why should they?

What this continent needs to do is stop attempting to tell other cultures, and in particular the actual original inhabitants of these lands, how they need to be living. What this country needs to do is really quite simple and that is live up to the agreements in the treaties.

The sad history, and the reason genocide came into being was, simply put, for the stealing of the land and resources that were negotiated for in the treaties — still in effect today, much to the chagrin of many an assimilation apologist.  In fact, treaties are still being negotiated even now.

Then there is the other side of the equation, which is written within the very Indian Act created for the genocide efforts.  It states very clearly, promises to the Indigenous for coercing them onto those reserves. Those promises have yet to be half-way lived up to.

If Canada wants to truly end this travesty, living up to the honour it brags about around the world is the start. Too many people think that becoming “equal” means becoming the same. There is a difference between equal rights, the rights for all people, and the Indigenous rights bargained for on their homelands since the beginning.

It’s a rare occurrence for me to re-blog, but sometimes someone speaks so eloquently from their hearts, that I feel compelled to share those strongly felt thoughts.  They can be in the form of a beautiful poem, a touching story, or as is the one I am about to share – words from a heart-felt voice who speaks out in recognition of their privilege in life. She is speaking of her view of life for those of Indigenous ancestry from the other side their experiences.  I found it very touching on many levels , and I was grateful for her generosity of spirit.

I’ve also attached a link to a video from a “white redneck” who says “take responsibility white people”.  His is a rather saltier version, but it’s no less compelling.

The first story begins here, but you will have to click the link following for the finish…

“It would be another 100 years before the last residential school was closed in Canada — 1996. I graduated high school in 1996. I was preparing for my freshman year at college. I was under the impression that residential schools all looked like the picture above: black and white, old and grainy, things of the past, sad but irrevocable pieces of history.

Today I’m sitting in a cafe that’s live-streaming Edmonton’s Truth & Reconciliation Events. Due to the crazy traffic and parking fiasco I went through, I wasn’t able to make it physically to The Shaw Conference Centre today. Live-streaming is the next best thing, I guess.

What am I to think?

We were the haters, the oppressors, the mongerers, the rapers, the abusers, the greedy mouths that took away almost everything from you… dear First Peoples of Turtle Island.

No, I’m not trying to impress you with my terminology. I am trying in my small broken way to address you with the respect you deserve. As I sip on my tea, I’m pondering: “What now?” The TRC cannot be both the beginning and the end. Surely not! But still”…

And,  now for a word from a self-described white redneck.  If you have an extra 5 minutes,  here is a great video from a white redneck who says, “take responsibility”. The language is rough in some spots, but his point is only underlined by it:  https://www.youtube.com/watch?v=JGJt0JXX05M 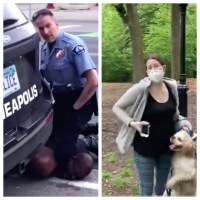 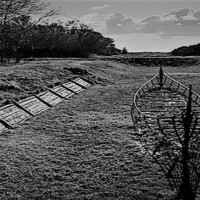 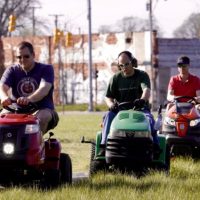