It’s a rare occurrence for me to re-blog, but sometimes someone speaks so eloquently from their hearts, that I feel compelled to share those strongly felt thoughts.  They can be in the form of a beautiful poem, a touching story, or as is the one I am about to share – words from a heart-felt voice who speaks out in recognition of their privilege in life. She is speaking of her view of life for those of Indigenous ancestry from the other side their experiences.  I found it very touching on many levels , and I was grateful for her generosity of spirit.

I’ve also attached a link to a video from a “white redneck” who says “take responsibility white people”.  His is a rather saltier version, but it’s no less compelling.

The first story begins here, but you will have to click the link following for the finish… 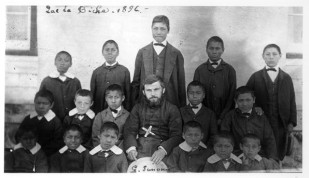 “It would be another 100 years before the last residential school was closed in Canada — 1996. I graduated high school in 1996. I was preparing for my freshman year at college. I was under the impression that residential schools all looked like the picture above: black and white, old and grainy, things of the past, sad but irrevocable pieces of history.

Today I’m sitting in a cafe that’s live-streaming Edmonton’s Truth & Reconciliation Events. Due to the crazy traffic and parking fiasco I went through, I wasn’t able to make it physically to The Shaw Conference Centre today. Live-streaming is the next best thing, I guess.

What am I to think?

We were the haters, the oppressors, the mongerers, the rapers, the abusers, the greedy mouths that took away almost everything from you… dear First Peoples of Turtle Island.

No, I’m not trying to impress you with my terminology. I am trying in my small broken way to address you with the respect you deserve. As I sip on my tea, I’m pondering: “What now?” The TRC cannot be both the beginning and the end. Surely not! But still”…

And,  now for a word from a self-described white redneck.  If you have an extra 5 minutes,  here is a great video from a white redneck who says, “take responsibility”. The language is rough in some spots, but his point is only underlined by it:  https://www.youtube.com/watch?v=JGJt0JXX05M

Close your eyes and imagine a fire fighter, then a police officer.  Next, imagine Santa Claus. Take in what you see.

Imagine, Jesus. Yep, we all saw that same one,  didn’t we?  Long blondish-medium brown locks and blue eyes?  Why is that – when, at the time and place He was born, He would have been the only ‘white’ person in the region?

Let’s take it to another level.

When our eyes are open, look at what we see all around us and what we have seen historically in our: 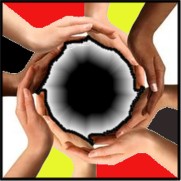 This is only the beginning of trying to define our world’s cultural reference point called ‘white default’. This simple exercise of closing eyes to imagine our world in everyday fashion is quite effective for beginning the understanding of why we see things differently.

Despite the origins of people of color in our Western areas and those added willingly or not,  our world is still awash in ‘whiteness’, particularly in positions of authority. We need to be asking why is that and not pass it off with simplistic replies of convenience or avoidance.

I admit I only heard this term ‘white default’ not that long ago, thanks to a note on Twitter. It made me realize how deeply the teachings of my life had been ingrained in me without conscious or critical thought.  Which, given some of what I’ve lived as an Indigenous person is saying quite a bit.

I read an article explaining this phenomenon of recent understanding in Salon Magazine called, “How can white Americans be free”?  The writer, Kartina Richardson, said that, “The default belief that the white experience is a neutral and objective one hurts both white and American culture”.  I suggest that’s very applicable to most of the world.   She goes on:

“…The beginning; in the beginning there was Whiteness. This is the glittering starting point. This is The Default. This is what we measure everything else against”.

“Whites are free from the constant awareness (and subsequent constant paranoia) of existing in another person’s world. Because The Default has so successfully dominated our subconscious, because our egos have been shaped by it from the moment of birth, we perpetuate it in micro ways while fighting inequality with more obvious actions”.

We know this though, right? Because we did the eyes closed exercise and saw what we did.

Let’s close our eyes again and this time, let’s imagine all those portraits in those fine institutional halls as brown or black. Pay attention to your reaction as your imagination walks by them.  Now, picture Jesus as black or brown, how does that feel?  Odd, strange, uncomfortable?  And yet, the likelihood that that is how He actually looked is 100%.  Still, that is unacceptable for a large swath of people, Christians or not.  Interesting, no?

It’s that discomfort, one must realize, that is felt every day from the other side of the ‘unwashed’ fence, as in the not whitewashed, people of color.  This is what is at the centre of the differences. It’s only the beginning of why there really isn’t a level playing field for all to prosper and succeed.

Kartina expands the thought as this: “Whiteness as The Default keeps brown people in subjugation by convincing them that every part of their being, physical, spiritual and emotional, exists within a white narrative. When you are made to exist within something you are forced to be smaller than that which contains you. This is precisely the basis of racist thought. Brown existence, brown consciousness is smaller”.

I have certainly come to know what she is talking about.  I have encountered that first-hand, particularly by some people who thought I was getting ‘uppity’ when I began to write about the inequities and misconceptions about Indigenous peoples.  What I wrote was somehow seen as an attack and yet, I merely gave factual details to update old ideas and misconceptions.  Even that much myth-busting was too unsettling for some.

It showed me how strongly some people want to believe in the notion of their worlds, as opposed to what actually is.

How bizarre is it really though, when people of color are told their Creator is really a white guy who was actually born black or brown?

These demands to adhere to the whitewash are currently sealed into the cement of our societies. This is why it is so damned hard to get past the barriers that should not have been there in the first place, especially for the peoples who are the original inhabitants of said lands.  The fear of change and/or difference is at the heart of the need to keep plugging on this issue.

We know change is hard, even for the better. It’s not that white people are being asked to change their visions of Jesus or Santa, but mainly to revise the idea that only their visions can be trusted for themselves and for the rest of the world.

Those are the very thoughts that have created the environments we’ve been working to change for centuries now. This is what affects how people of color may or may not succeed in these standards set by white default.

It means that we have to consciously check our own thoughts and the statements we teach our children with, until that one magical day when the norm for our societies is equal representation in all those areas of everyday life and authority.

If you’re still not convinced that we have to actively pursue true color-blindness when it comes to true equality, check out this latest report published in the New York Times on January 3rd called, “Racial Bias, Even When We Have Good Intentions”.  Even blind tests produce the sadly expected results.

We really need to get to work, people.

KING: Dylann Roof’s journal once again shows the danger in the myth of white Jesus
http://www.nydailynews.com/news/national/king-dylann-roof-journal-shows-danger-myth-white-jesus-article-1.2939039

For those interested in exploring privileges from a non-Indigenous viewpoint, I recommend a great organization working hard for mutual understanding: http://www.truepartnership.org/white-privilege/

An excellent article on White Fragility:  White Women’s Tears and the Men Who Love Them
http://goodmenproject.com/featured-content/white-womens-tears-and-the-men-who-love-them-twlm/ 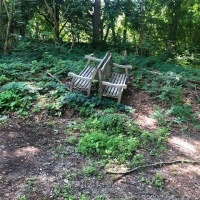 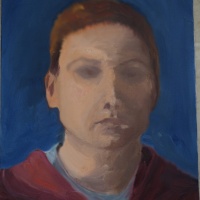 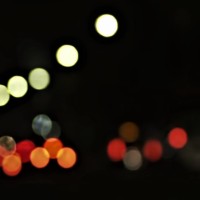 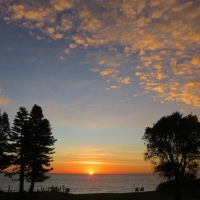