This could be a Spring of retreat; a step or two toward the past. Maybe time on our hands and loads of room for reflection. My own longings lean toward the masses questioning all the holes in all the systems that Covid-19 surged right up to our every sensibility.

My next prayer is that all this new-found realization of what matters, this renewed knowledge of what essential is, will not get tossed and lost for good by most.

Reflection choices can be simple too; in fact, the majority of mine certainly are. I can’t believe how much it means to walk in the woods right now. All the smells of Spring are especially entrancing, and I am so in beyond land when I look at the tender shoots that replaced the tiny seeds I planted weeks ago. I’m so excited to be a back deck farmer this year. Small things. The every things.

It was within these lines of thought on this lazy Thursday, I was reminded of a sweet and lovely moment of 3 years ago, when we were allowed more fearless touch.

Wishing all a gentle and inspiring weekend. 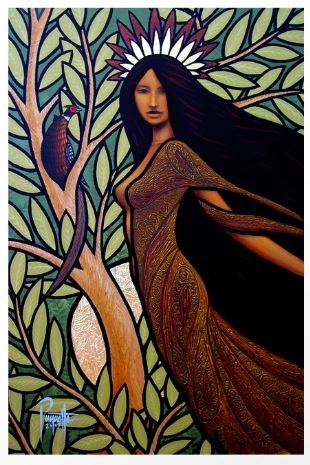 Inspired by the artwork of: aaronpaquette.net and prompted by: https://dailypost.wordpress.com/prompts/heal/

Have you ever come across someone who could break your heart, no matter how far away from them you could get? 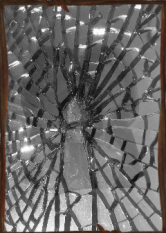 I had a best friend like that; no matter how often we did or didn’t speak, she could somehow open a wound just by existing.  I know that sounds odd, but all those years ago, when we once were so close, the bitterness of her wounds began to run too deep and widely.

It’s been years since I was last within her grasp, but even now I never know who I will run across or when something will let me know that her reach may be interminable; infinite maybe.  Probably.

Her ways back then were so needy.  She needed to be the biggest, the best, the most regarded, and the only.  She jealously guarded her needs.  She would place herself squarely in front of whoever was to be her latest trophy for career advancement, for recognition, for friends, for love.

I know where those wounds began, I know what they’re from, but what I don’t know is why they became stuck within her, why they screeched a halt to her ability to see with light.  I’m not even certain when that started, but one thing for sure, the child within flat-lined any more emotional development.

She needed special, which was measured according to what was special to someone else.  Coveting, I think that’s what that’s called, except she needed to covet up close and personal.  It really didn’t matter what the source of the glitter that caught her eye: someone else’s community recognition, someone else’s parental praise, someone else’s loves.  Nothing was off limits, as even I would eventually learn.

There were signs when things started heading south for her.  Accusations began to overtake any conversations, then retributions were meted out generously. Punishment of choice -malicious slander and brutal betrayal. Soon anyone near was indicted and we would all get turns at being the source of her poisoned well. Hell hath no fury like un-eased fears.

After a while, despair was not about living off the guilt of who did her wrong; within a few years of committing 6 of the 7 deadly sins, it was completely about how her own guilt was smothering her. The only way to keep ahead of that is to hit, numb, and run.

There was one moment when she realized the source of her pain was really found in a mirror, but it was only a brief dawning.  Besides, time is stopped for the inner child. They believe they have forever to tilt at windmills and they never really see how much the world has kept turning without them.

Someone told me recently how much he had loved her so many years ago.  I know how that felt, when we knew her. I live with the loss of that long ago love too. I don’t hate her – anymore, but I did learn that it’s not necessary for the both of us to drink the poison.

I also now know the opposite of love is not hate, it is indifference.  When we weren’t serving the purpose of total agreement with her, we got to experience her ‘or else’, and we were cast out without second thought. Some of us kept walking. I’d learn that a certain level of indifference was life-saving. Leaving the well to save oneself is not casting a stone upon another.

I don’t think of her every day anymore and I don’t feel that hurt either. Once in a while, I may fleetingly think about that someone I used to know.  I don’t try to understand any of it either. The most I will do now, is simply wish love and good health for her, and to continue in my own journey to move on in the same.

Thank you to some people who inspired me to finally work out years of rumination.  Although I’m pretty sure they don’t know exactly what they said, I hope they’ll see some reflection of the thoughts they shared: Roberta Boulette, Christy, Melanie, and Rachel – Sisters to me, one and all – thanks.

I came across a Huffington post about a woman who posted pictures of herself on her Facebook wall that caused a collapse in her social circle.  The headline said “When Beth Posted These Images on Facebook, 103 People Unfriended Her”.

The headline effectively grabbed my attention, but what the story really did was zero in on the heart of one of my own deepest fears.  It cut to a deep vulnerability that even I don’t fully understand, but it’s one that has held me back from engaging as fully in life as I possibly could.  I can’t do that until I can somehow get to a place of true peace about it. 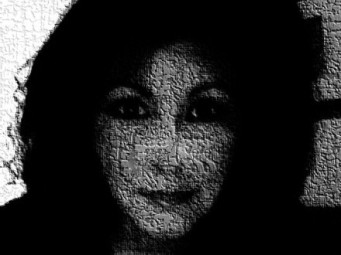 The pictures that Beth Whaanga, the woman in the Huffington piece, posted were semi-nude images of herself featuring her scars from a double mastectomy and a hysterectomy.  They were taken by a photographer leading a project called, “Under the Red Dress”. It endeavors to share a pictorial story to inform and support anyone who has or may be affected by breast cancer.

I found the project a beautiful and amazing effort and I applaud Beth’s astonishing courage. It was those 103 friends though, that stayed with me longer than the point of her story.  They represented the maybe 103 reasons I have an issue of my own.  Like Beth, my body has been criss–crossed with several large and deep scars, not from cancer, but another serious chronic issue. I find despite my confidence in life generally, I haven’t yet been able to re-gain confidence about this new reality of my own image.

I know some of my friends might be surprised to hear this, but maybe not a few who knew me from long ago when I was more carefree in my pre-health issue, pre-pregnancy and pre-surgical body.  I received plenty of positive attention back then, and I am sure that, despite all equality efforts to move past this, I won some business benefits because of my appearance.  Looks matter.

In seeming contradiction to what I’m saying so far, I do have a full life, in large part because of those scars.  My priorities absolutely honed in on family, community, purpose(s), and I do live to serve as best as I am able, but.  But.

Cripes, I didn’t even want to tell anyone I had them, and now that I have, it’s still safe to say that there will be no pole-dancing in my future.

Yes, I know I am not my scars.  That, on the surface of it, considering that I have been able to claim at least 4 of my 9 lives, this shouldn’t even be a factor in my world.  I’ve been told to wear my scars proudly, as the badges of (literal & figurative) survival. Truth be told, I would say the same to someone else.  So then, why aren’t I able to do that for me?  Why can I stand up for Beth, but not me?

I’m one of those people who believe that there are no real coincidences and that I was meant to see this story.  It compelled me to review myself again and honestly and directly confront the part of me that holds me back from feeling whole again.  I believe in my whole spirit, but I haven’t yet worked out how to truly infuse that into my life experience.  I know that next to that, one new step is allowing me to entertain the idea of another relationship. (Yes, girlfriends and parents, I know you think the time for a new man is overdue, but…).

In the end, I have to live with myself, and I find that hard enough in some of the ways I’ve shown.  I’m not sure if I will ever live with someone else again, but if I decide that’s for me, I’m pretty sure I’m going to have to get to that place of peace first.

So there, I’ve said it out loud. Sort of.  Maybe this note is about just getting to honest acknowledgement that this is real for me and the real me.  Perhaps the scars are a step in my overall purpose. Maybe someday I will be as brave as Beth – not for  pictures, but in her confident acceptance.  I don’t have the answers yet, but I hope to one day.  This is a story written mid-struggle.  For now, the only thing about life that I’m certain about is it’s uncertainty, – and how much I love my boy.