Being bullied as a kid feels like you’re walking out into a dangerous field that’s surrounded by a big fence electrified by fear. I remember this from when I was nine years old. I’ll always remember because no one forgets their encounters with bullies, ever.

For whatever reason, in grade four I caught the eye of our school bully. His name was Shane and although we were in the same grade, he was almost a head taller than me. I suppose it’s not surprising that a bully might have sought me out; I was one of the smallest in our class. I’m sure he felt confident I was one of the weakest.

Shane would look for opportunities to push me around and because he was so much bigger than me, it didn’t take much of a push from him to knock me down. He would generally follow that up with slapping me and threatening worse after school. There weren’t many options for me after school, it was either run like hell for home, try to hide behind people as they were walking, or just take the beating while trying to fend off too much damage. Teachers weren’t much involved outside of class in those days and my parents were otherwise occupied with the drama of their own lives.

One Saturday I was heading over to a friend’s a few blocks from home. I had a temporary shortcut because a house between my street and hers had been torn down and I could cut through the now open yard. The only impediment was a fence in the back that I could climb over at the alley.

I started to walk across the yard, but suddenly a shadow caught my eye. Shane stepped out from behind some building debris that I’d just walked by. His face was sheer glee at having me cornered and alone. My mind took in the entire scenario in about eleven seconds. I knew exactly what was in store.

My heart dropped as I watched him slowly stepping toward me with the promise of pure menace. Within those eleven seconds, I figured my only options to get away were to run back by him or run for the fence. As my panic escalated with his every step, it felt like I couldn’t move my feet anyway. I knew I had reached the point of no return.

He got closer and as he raised his hand, instinct took over. I closed my eyes and I ran toward him. Hard. His head being higher than mine was providence; it turned out it was the perfect height for my hands to reach his face, which I blindly pummeled with my fists. Hard and fast.

I heard a cry. I opened my eyes and saw that Shane had stepped back from me. He was holding his nose and just staring at me. Then he took his hands down and looked at them. They were covered in blood. He couldn’t see it, but so was his face as the bleeding from his nose dripped steadily down his chin. We stared at each other equally stunned.

Then he brought his hands back up to his nose and started crying. I took this as my cue to head for the fence. At the same time I started to move, so did he, but the other way, for home I presume.

My body was unbeaten, but the adrenaline continued to stream throughout it. I didn’t bother running to the fence, but I’m pretty sure I scaled it like a parkour athlete.  I was safe and I would remain safe.  Shane never bothered to come near me again.

I didn’t know it at the time, but that was a life changing event.  It wasn’t just that I was able to defend myself, no matter the miracle was unplanned. It was because it was the first time I was consciously aware that I did something I had no idea I could.

Unfortunately it wasn’t the last time I would encounter bullies in my life, but sometimes, when I do come up on the short end of the stick in those meetings, I remember that sweet, sweet time I kicked ass. Like a boss. 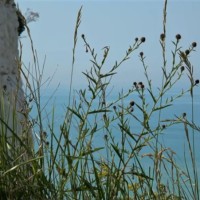 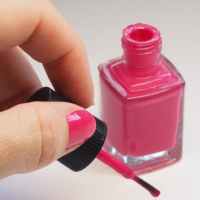