So, I got another email from Adriana today. At first I was annoyed at her constant recurrent messages. However, now as the months have gone by, I’m starting to worry about her.  She really doesn’t seem to be able to move forward in life. 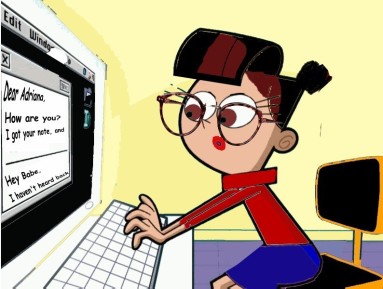 She said she’d chatted with me quite a bit on Facebook before I deleted her.  I can honestly say, I don’t recall any of that. Nothing, nada, zip. But then again, a little further in the letter she admitted that maybe she chatted with me only a couple of times.  I wonder if this was when I was attached to those serious morphine drips.

She keeps saying she is newly single and moving near me soon.  Seems she’s not able to move quickly, ‘cause she’s still where she was when she started writing me seven or eight months ago. She might also have to start making better choices in the love department since her relationship cycle has gone down to one or two week increments at most. Always sounds so lonely; poor thing. Maybe I can help her out with that.

Actually, I’d better help her out with that.  Apparently somewhere in those early chats, she got the idea I could be some kind of friend with benefits. She said I told her how cute she is. (Gonna have to go ahead and blame the morphine). Then she continually asks if I’m married and drops lots of hints about what we could do together.  She “loves the outdoors and to socialize, go out for drinks, restaurants, movies etc”.  She also calls me “Babe”. I think the sooner I can get her set up with someone, the less likely I am to hurt her feelings when I have to point out that I don’t really like her ‘like that’.

She said she’s currently employed with some kind of website where she actually gets paid to yap, etc.  Sounds like a pretty good gig to me; I can chat anyone’s ear off! I wonder what the pay is like?

On the other hand, she said she needs to find work when she does finally get here.  I hope that’s not a hint to help her find a job.  I’m not sure what I could endorse her for – maybe something with repetitive tasks.

I wonder why she couldn’t just set up the same chat thing here.  It would save a lot of effort to get settled, and it would also help a lot in romantic appeal territory.  I’m sure her having a job would be a lot easier for me to promote than the level of her libido – something else she likes to point out regularly. Some people are just that comfortable with themselves, I guess.

Anyway, as a soon to be neighbor, I will do my best to welcome her to the community. Hopefully I’ll only have to show her around a little.  Hopefully her resume is up to date.  Hopefully she doesn’t add that libido part into the conversation when I introduce her to anyone.

I’m not sure what I offered in those alleged conversations, but a little help is the least I could do after her repeated generous offers of some kind of VIP pass code to her chat site, which by the way, includes full access to her webcam. Normally people have to pay some big monthly fees for this, but because I’m a ‘special’ friend, her boss “Natalie”, says I can have it for free.

I suppose I should log onto it soon to at least let her know I got the gift and say thanks.  Then I can see if we can nail down the dates of her imminent arrival and finally get her onto her new path.

Oh look, there’s another email from Adriana; I guess I can catch up with her now.

Four years today… Blog Womaning bliss! The outlet for personal record became a portal of learning, teaching opportunities and making contact with the some of the greatest examples of human decency – and well, admittedly, an occasional dip toward the lowest. Luckily, those are very few, kind of like that deal I got to mull over not long after my first post back then…

I was really quite flattered when after I published my first blog, I received some attention from a fellow blogger with a message to follow his blog too.  I looked at his page and saw it was very well done. Quite sophisticated and up to date with all kinds of interesting media to flip through.  I liked, as in appreciated the post that was at the top of his published works. Nicely written, inspirational. Even more impressive was how young he was.  So, I hit the like button and even clicked on the blog ‘follow’ button.

Not long after, I started receiving inspirational emails from him that included ideas on changing my life, by changing my financial circumstances, by learning a really, super cool way to earn a living via my blog!  This guy did it and look, he’s only 18 yrs old and already retired in the Thai jungle of his retirement dreams – as demonstrated in his selfie-video telling me so.

The promo soundbites were right up my marketing background alley; though slight, the description sounded reasonable and plausible.  So, I followed the links as directed and got to a 45 minute video of two guys sitting casually in elegant chairs in front of a beautiful interior pool of an obviously expensive house.  My spidey senses began to web-out.

The guys opened their pitch with their personal histories and like young blog guy, they described their beginnings from nothing, with little prospects.  One had actually lived out of a van that cost less than the pen he was holding in his hand.  It was a pretty good looking pen.

The beautiful house was also his, and we wouldn’t believe that all he has now, was achieved after figuring out – are you ready for this – a simple, 3 step idea for making millions via the internet.

About 20 minutes into alternating the talk between how really hard life had been for them, yet so drastically changed with little effort into the still unexplained way they did it, another screen flashed up under their picture.  If I act now, for only $25, I will learn (finally) the secret 3 step plan for making millions – or as much as I am willing to work for, it’s all up to me – but I better hurry because there are limited spots left.  Ugh! Gut instinct confirmed, video turned off.

Pffftt! The not so secret ‘secret’ was revealed; original flattery flattened, thrill about having blog skillz fizzled. Hell, maybe I even did miss an opportunity to ‘retire at 18’, but I trusted my gut and I’m sure I’m richer from not doling out those bucks.

What this did do, was get me thinking about all these pyramid or multi-level marketing schemes that come up over and over. Sometimes they provide genuine product offerings, but mostly they’re about the quickest immediate cash grab for the idea guys.

I can’t begin to count how many of these pitches/ads/infomercials I’ve seen and you know what they all have in common?  Vans.  Ever notice that too?  Almost every one of these self-made from dirt poor guys who luck-out on the answer to millions, start out by living in vans.  Really shaky rickety vans too.

I’m re-thinking plans for my son’s formal education after high school.  I’m going to just shove him into a van when he’s 18 and say, “Go forth, my son, and prosper”!  Bring me back one of those great-looking pens when you’ve made it.

This lit up the third idea bulb – I’m going into the old van selling business.  Low overhead; at near break-down level anyway. We’ll sell ’em to these young guys who’ll eventually get rich. Win-win. Whose in? Time limited offer. Oh, and my son gets his half-price.

Top of the marnin’ ta ya, (sorry about that)

…and a round of green full-bodied gratitude with a heady froth of love for these awesome folks, each a very fine mug-O’-talent; thanks for the ongoing support and friendship over these years… 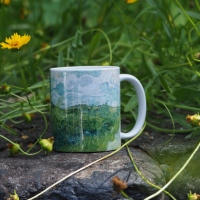 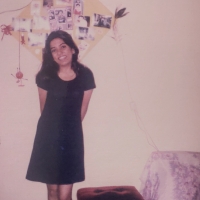 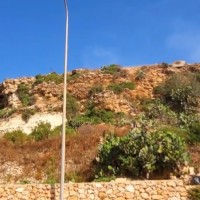