Recently I witnessed two prominent blogs, each followed by several thousand readers, cause disturbing ripples across the blogging community.

Although I’m fairly new to this arena, I did have contact with both of these bloggers, but it was minimal, and so I watched the dramas unfold from the safety of the periphery.  Nonetheless, it left me unsettled and a little disconcerted. 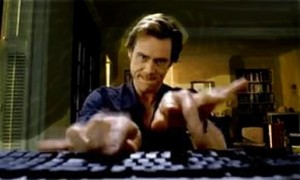 One of the blog-sites fully imploded due to revelations of wide-spread improprieties toward other bloggers that included bullying, coercion and sexual harassment. That site’s owner/writer ended up closing down that blog and all its associated webpages, but it had run for quite a long time prior because the harassed had been intimidated into silence.  The other had to deal with a very strong backlash regarding a post in which he called out another blogger as less than worthy of public acclaim.  This one also closed, but only temporarily, presumably to lick wounds and regroup.

In both cases, regardless of how much damning proof there was, there remained for both of these bloggers a strong base of supporters who were willing to excuse and even completely overlook the accusations toward these, their heroes, and for many, their  ‘on-line friends’.

In retaliation of the revelations, these supporters were also more than willing to demonstrate their solidarity by writing the victims and/or injured parties and their followers to demean and belittle them and the charges, some even issuing threats. This is a pretty strong example of when people don’t like to admit they’ve made a mistake – especially about someone they look up to. Especially one that questions, “Was I a sucker”?

Each case reminded me of the often repeated cautionary tales that we speak to our kids about when it comes to internet usage – whom to associate with and what we choose to post online.  It also reminded me that we have to re-think how we make heroes out of appearances of success.

In the blogging world, a successful following and  wider readership is attained through, in large part, making mutual blogging contacts and following each other’s work,  but like our warnings to our children, we also need to be more discerning about with whom we choose to support and associate.

In the pursuit of success, we too often, and easily, make heroes out of those we see as triumphant.  We hope to be able to tag onto their success and open opportunities for ourselves.  At least, that’s how it supposed to work and really, that’s how the world has gone around forever.  However, applauding success doesn’t require falling down in worship.

The last few weeks have served as a tough reminder to many of us to remember to be responsible for what we say publicly, or be willing to take full responsibility for the results, and it is also a reminder to behave; act with decent propriety and respect.

In the interest of general face-saving and self-preservation, we should also pay attention to that old adage of listening to our gut.  Follow our heart in what we want to say, but definitely pay attention when our Spidey senses start tingling while we’re writing, reading, or in a discussion.  Let’s face it, in this realm, we really don’t know who we are be-friending. If we back-off from something that feels wrong, that’s a win.  Maybe we will miss out on a chance to step up a notch, but it’s far more likely that there will still be plenty of opportunities to grow.

The last thought I took away from all these events, is yes,yes, yes it is OK to stand up for yourself, respectfully, when you’ve been wronged.  Even in the blogosphere, no one is too big to have to own up to bad behavior.

18 thoughts on “Beware of Bloggers, and Other Success Warnings”